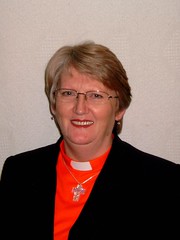 As you know, since September 2008 our son Daniel has been serving as a Medic out in Afghanistan, firstly in Kandahar then latterly at Camp Bastion.

Just recently he was back in the UK for two weeks R&R and it was lovely to see him safe and well. Colin and I were overjoyed that he took the time whilst home, to make his engagement to girlfriend Lowri official – as in, he took her to buy ‘the ring’ !!

Before he left, I asked him if he would write a few lines to let you know how the boxes of ‘goodies’ I’ve been sending out to him were distributed. The ‘Buddy Box’ at the back of church has become a familiar sight, and I would like to take this opportunity to thank all those who have contributed and to let you know that I will continue to send them until the end of February.

The following piece that he left me to forward to you, explains far better than I ever could, just what your generosity means to those who are on the receiving end of it.

The sun starts to rise but the cold air hangs all around me, cutting through the thin desert trousers I’ve been wearing for the past 4 days. Mud and dust hold in what little heat there still is to my lower body, my upper body keeping warm through my armour and equipment.

The frost forms on the helmets in front of me and I look at my watch for perhaps the 5th time in the past minute; we’ll be lifted out of here any time soon…but no sound.

I look through the scope of my rifle at the compound to my front. A figure has come out; it doesn’t look to be carrying anything, probably going to pray, maybe going to make sure people know we’re here.

It’s ok though, we’ll be out any minute, but still no noise. It always amazes me how quiet everything is. The only time it’s this quiet back in Britain is when I’ve climbed to the top of a deserted peak.

More people begin moving out of that compound. Are they moving out or just around it? No-one seems to be carrying anything. They’re looking over at us, moving towards us. Are they just looking, or do they intend to do something else?

They’ve stopped, three of them looking in our direction. Maybe they’re just curious. I mean who wouldn’t be! If a foreign army was in Britain, on my road, I would probably want to see what they were doing as well.

These three seem to be just wearing their ‘dish-dash’ and don’t look to have any weapons. Would they have put any in their fields?

The word is passed around…”HELO in, in one minute”. I check my equipment, get to one knee…I’ll be glad to get this day-sack off. It seems to get heavier every time I lift it up.

Standing up and moving towards the aircraft now – trying to move quickly across the ground, but legs have gone cold and stiff.

‘That helicopter came in quickly, I didn’t see it land’, I say. Still can’t see it with all the dust it’s kicked up, so I just keep following the bloke in front. One big step, then onto the helicopter…shuffle forward…move as close in as possible.

A couple more seconds then the earth falls away and we rise up…leaning forward…moving fast and low…getting out of the desert-like fields and back to base for a hot shower and some food.

Another op. down; one more closer to getting home, and no-one killed. A quiet one for me, but then it’s good when the medic has a quiet one.

I put a fresh uniform on and grab a couple of the boxes that have arrived from the Fulwood and Longridge Churches. I put them into the T.V. room where some of the lads are watching the football. They show their appreciation by digging into the goodies and express their thanks.

I then go back to the tent to clean my rifle and tuck into the box I’ve saved for me and the lads I share this ‘home’ with. They’re all out at the back of the tent where the sun is now high and the temperature is climbing.

We sit in a circle telling tales of our adventures and cleaning our rifles and kit, all the while drinking fizzy pop and munching the sweets sent by people we don’t quite know, but will always be grateful to for being so generous.

This is what brings us back down to earth…these couple of hours talking, laughing, joking, and eating…thankful we have all got through the last couple of days safe and sound. Having these packages sent over to us fills us with happiness, and reminds us of a place we all hope we’ll come back to very soon.

N.B. Dan will be home again in early April, and whilst I pray that he will return to us safely, that hope is extended to all those away from their loved ones, serving in our armed forces in difficult and dangerous circumstances. May God bless them and keep them safe.

Musings from the Manse

This site uses Akismet to reduce spam. Learn how your comment data is processed.

x
Top
Everyone is welcome